Well this year the beginning of May is hello time for the first of the Peonies.  My favorite is probably the species Paeonia rockii shown above.  It’s named for Joseph Rock, an early 20th century plant explorer.  There are many hybrids derived from this tree peony.

Actually the first Peony to bloom for us is Molly the Witch.  Although it doesn’t have the yellow color that the Mollys are famous for, it’s still a very pleasing flower.

The next one in line is another species Peony, Paeonia osti.

And then we have two herbaceous species.  One is Paeonia obovata.

Both of these are characterized by lovely foliage and large, exotic-looking seeds on into the Fall.

And then we have the larger, well-established tree peonies.

Other highlights right now are the Moroccan Poppies that overwintered in the Alpine Bed.

I had no reason to expect that these would be evergreen all winter and then come on like gangbusters as the season progresses. 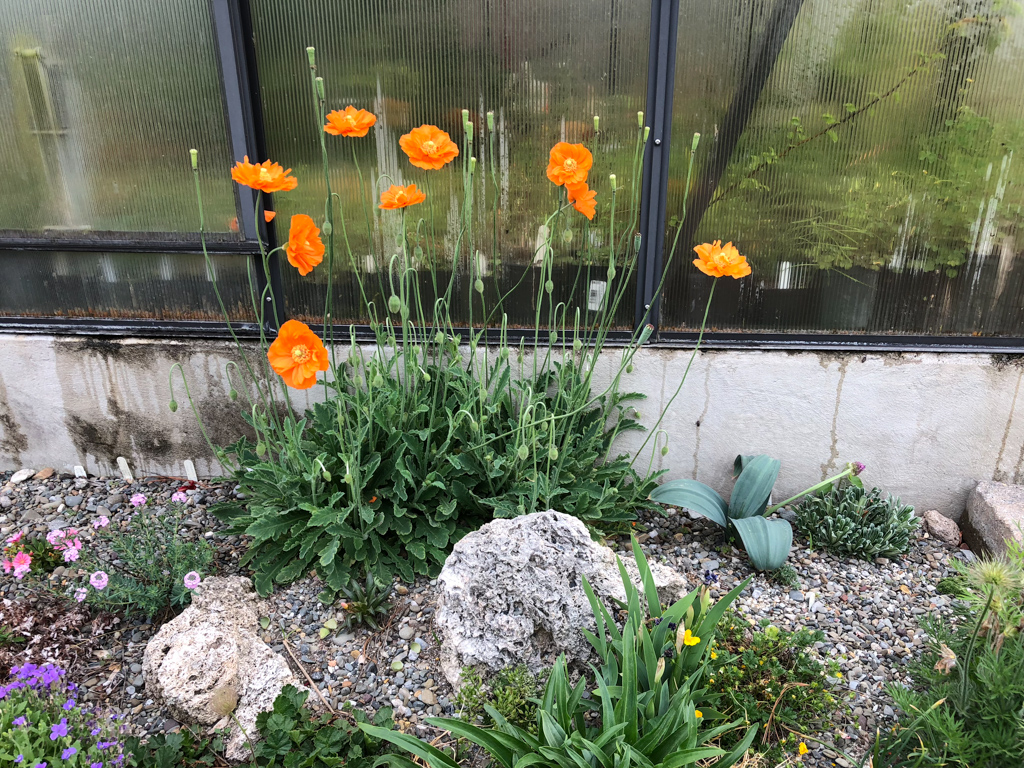 Next to them are several Lewisias.

Also in the same bed is the Pink Betony that I am absolutely loving this year.  It is feathery to touch and abundant in it’s flowering.

In one of the troughs at the front of the greenhouse the Gentians are doing what Gentians are supposed to do.

In another trough a campanula (whose name I have forgotten) is having pronounced bloom out of the tufa rock with Viola pedata nearby.

Campanula? out of tufa

It’s worth noting that this is also the time of year to be grabbing seeds to share with other gardeners in the seed exchanges.

I was also very pleased to see that the Jack in a Pulpits had moved further up the slope of our backwoods toward the house.  Two more clumps were found at least 70 feet further up the hill than ever before.  I’m amazed that they spread so fast.

Jack in a Pulpit (Arisaema triphyllum )

A society grows great when old men plant trees whose shade they know they shall never sit in.