An Easter Visit to the U.S. National Arboretum

Today we took the Easter holiday as an occasion for a long postponed visit to the U. S. National Arboretum.  This venerable institution inspired some of our formative thoughts about gardens during the many visits there while we were living in Alexandria.  It was nice to see that many others had the same idea and parking was at a premium as people tried to follow the self-guided cherry trail that the USNA folk had set up.  We mostly followed our own eclectic interests in moving around from area to area (there are 486 acres so having a car helps).  I think the highlight for us was the hybrid Magnolias.  In other years I’ve been put off of some of these Magnolias because of late spring frosts that leaves them looking shell-shocked.  But when they work, oh, my oh my.  Our favorite was Elizabeth, as pictured at the start of this post.  The tree is perhaps 30 feet tall and covered with creamy yellow flowers that open finally to a red center as the fruit begins to ripen.  The flowers are nicely fragrant to add the icing to the cake. 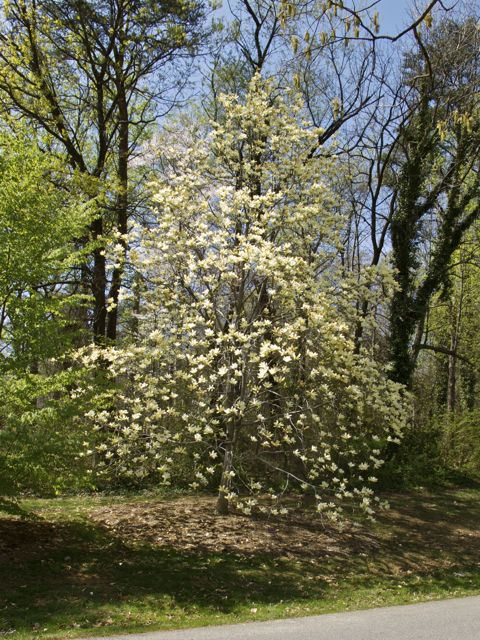 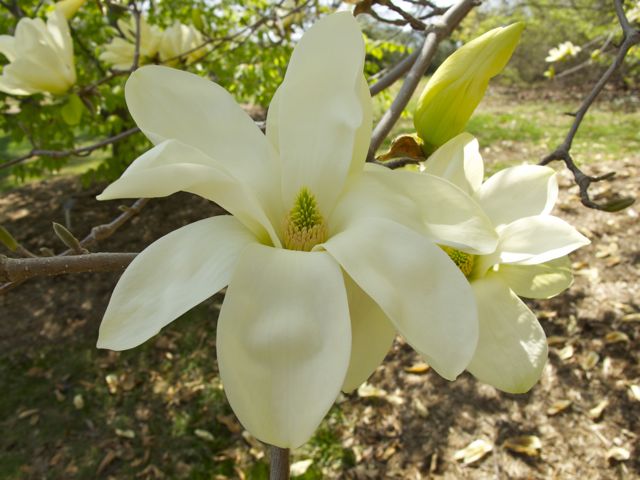 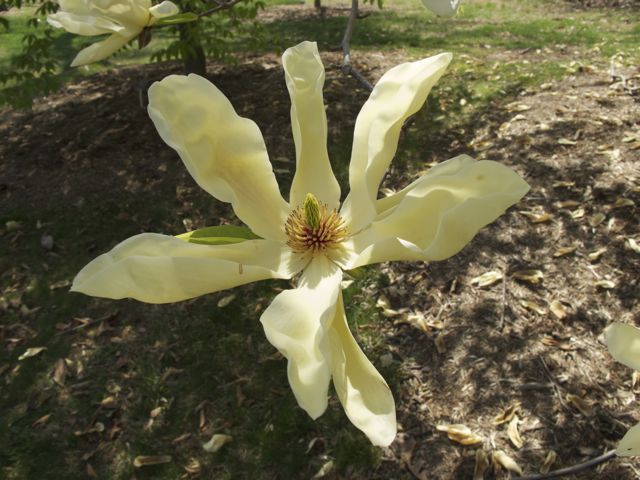 There are a good number of other hybrid Magnolias featured as well. 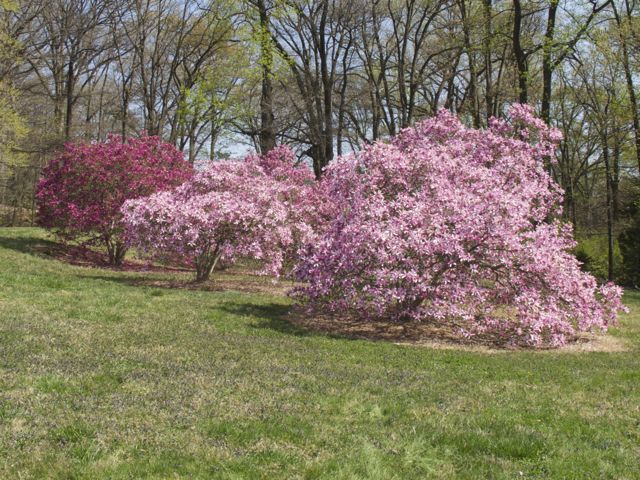 We revisited some of our previous haunts at the USNA like Fern Valley.  But we also found new features that we hadn’t seen before.  Near the R Street entrance is the bonsai exhibit and just outside of it is a delightful little shade garden under towering cryptomerias.  And if you look to right and left of the entrance (and inside as well) are Japanese Maples.  Not fancy ones, just plain old beautiful Japanese Maples.  We have several of these magnificent trees as well.  And just like ours the ones at the USNA seed the ground like the propagation of the species was the responsibility of each and every plant.  There are seedlings everywhere.  Apparently great public gardens go down the same paths that we have trod ….  In the end we concluded that the trees are worth the myriad seedlings. 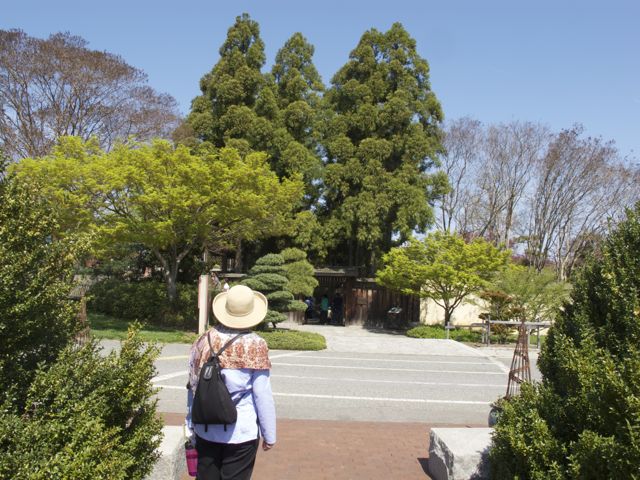 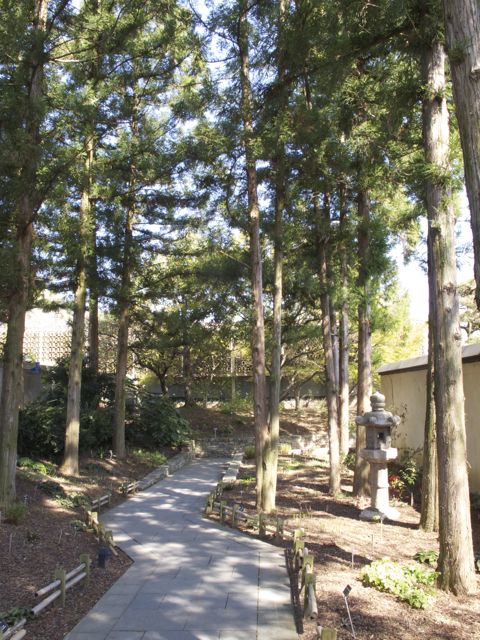 Lovely Shade garden under the Cryptomerias 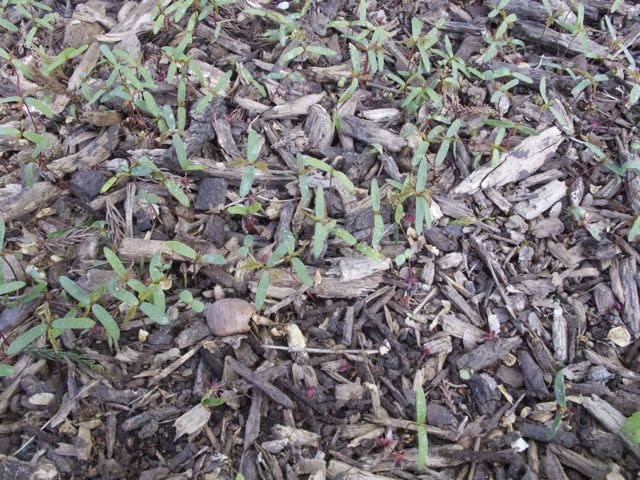 One of the reasons for going to a great public garden like this is to be inspired or learn new things about the art and practice of gardening.   It is after all why we have Cryptomerias up here in Frederick (which is probably pushing the climate zone where they are happiest).  We saw several things that we’ve added to our want list.  There was a trillium that we have to get because it matches the name of one of us and because it’s pretty as well. 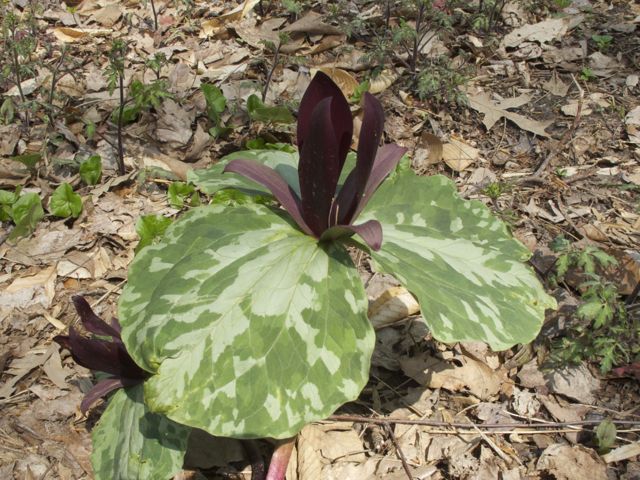 And an epimedium that has a cloud-like cluster of flowers above its leaves.  Very floriferous indeed. 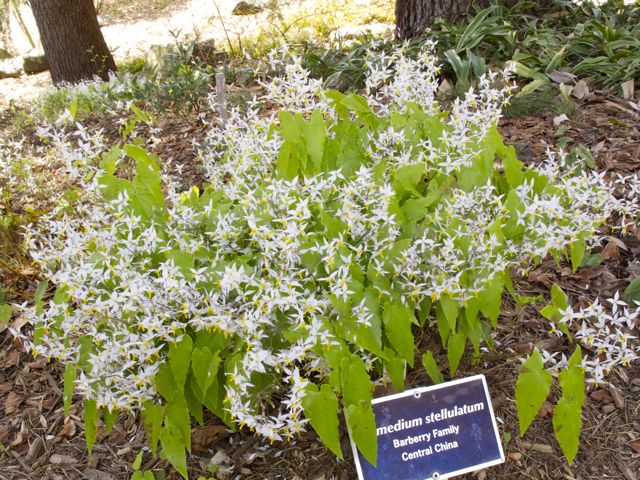 But one of the things which was most surprising out of the day was little elm from China that has some of the prettiest green flower seeds that you could imagine.  Imagine a tree with green flowers.  I’ve not seen these pictured anywhere but I found them quite striking. 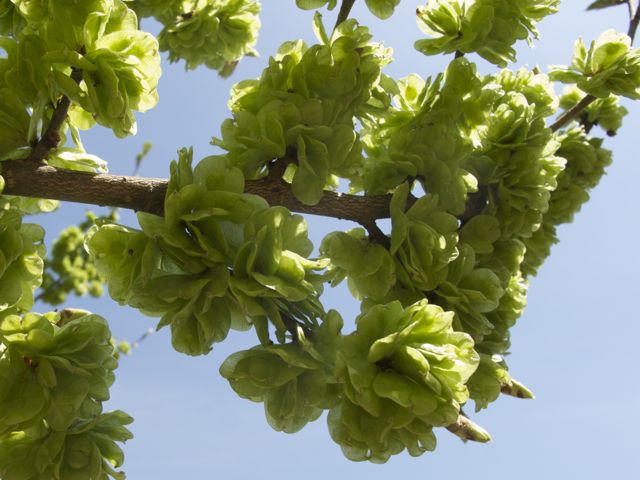 6 comments on “An Easter Visit to the U.S. National Arboretum”

I appreciate the misunderstanding I have had with Nature over my perennial border. I think it is a flower garden; she thinks it is a meadow lacking grass, and tries to correct the error.