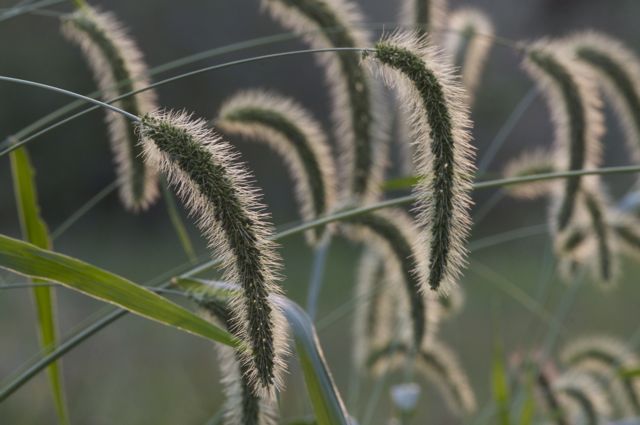 Gardening Gone Wild’s Picture This Photo contest for September focusses on Ornamental Grasses.  And very appropriately Nan Ondra who authored the book Grasses: Versatile Partners for Uncommon Garden Design will be the judge.

There are some great pictures out there of grasses in different seasons, with and without flowers, with rain or snow, and with ornaments.  I looked at the some of my favorite grasses around the garden as possible candidates.

The Sea Oats are one of my favorites but I haven’t gotten my perfect picture of them yet.  They need to grow taller or be less crowded by their neighbors. 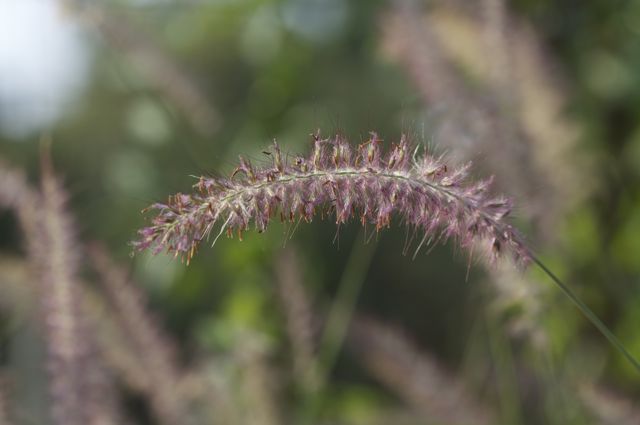 And the Pink Fountain Grass is another common favorite among the oriental grasses.  But I need to give a space in the garden where it can really strut its stuff. 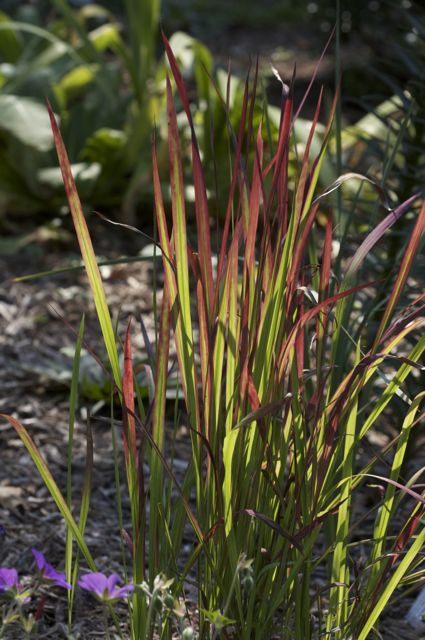 The Japanese Bloodgrass is yet another favorite ornamental grass that it still looking for a better photographer.  But for my chosen submission to the contest I decided on a plant that probably won’t make to anyone else’s blog. 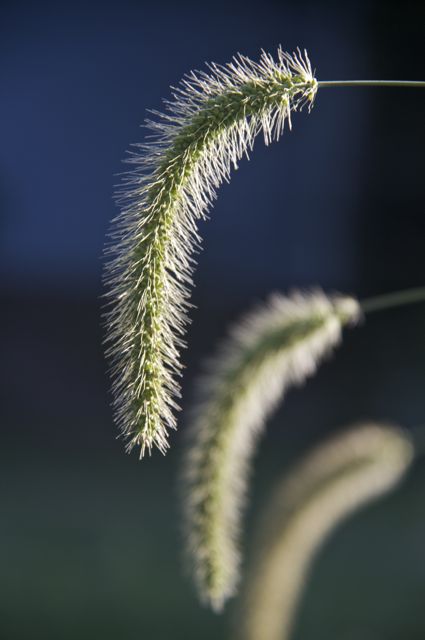 This is part of my theme of noticing the things that surround you.  This is a widespread annual grass that is usually thought of as a weed despite its spectacular seed heads.  It is thought to have been a progenitor of millet and is sometimes referred to a wild millet.  But it’s aggressive, its forage value is limited, and it is somewhat allelopathic (stunts it’s neighbors) so it is officially a weed.

But in the early morning or late evening light those seed heads really stand out.

4 comments on “Picture This — Ornamental Grasses”

All trees used to lose their leaves before winter, just as all people sicken and die as they grow old. The Raven took pity on people and wanted to give them immortal life. He collected water from the spring of life in his beak to bring back to the human village but dropped the water on a pine stand. This is why pines stay green.